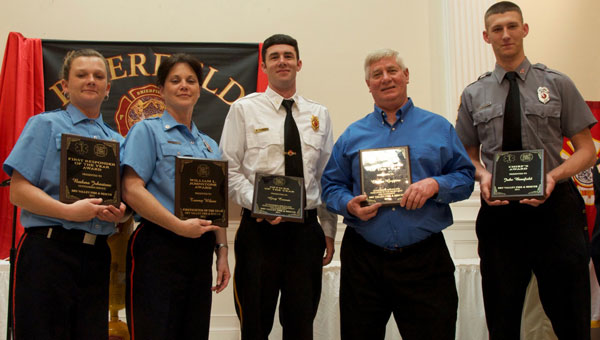 MONTEVALLO – The University of Montevallo’s Anna Irvin Hall was full of men and women who serve their communities as volunteer firefighters on the evening of Feb. 4.

“You guys are truly neighbors helping neighbors,” Weaver said. “All the stories I’ve heard of things you guys do as first responders are truly, truly amazing.”

Ward said the awards night was well worth the effort, as all of the firefighters are “heroes.” 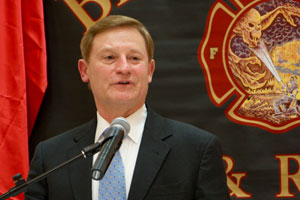 “I appreciate the families,” he said. “You sacrifice too and support your husband for what he does. When he goes out in that fire, he may not worry about his life, but you are.”

UM President John W. Stewart III said as the firefighters are in the business of changing and saving lives, the university holds a similar mission in changing lives.

Keynote speaker Allan Rice, executive director of the Alabama Fire College, spoke of his experiences with the April tornadoes.

“I have lived for 23 years in public safety in a little bubble,” Rice said. “We’d be there, but it would never get too close to me.”

“We’re ready to do whatever it takes for someone else. We’re ready to respond into these situations, but what about when we’re in them?”

Brierfield Fire Chief Spruce McRee said the fire fighters are in a “most honorable profession.”

“Tonight is a night we get to say thank you for what you do for your communities,” he said. “You’re all heroes, not necessarily for what you have done, but for what you will do.”