They were united in holy matrimony on Feb. 8, 1952. They have been blessed with a family of two girls and one boy. Sharon Hackney and Lisa Justice Robertson are their daughters. Kenneth Nelson Bird of New York City passed away in 1985. Their grandchildren are Lauren Hackney and Wesley Justice, both are currently attending Auburn University. 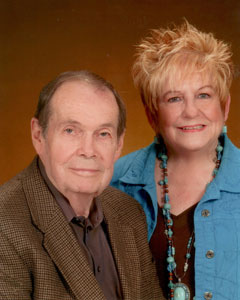 Alvin and Betty spent most of their married life in Vestavia and 10 years in San Jose, Calif. They returned to Columbiana in 1995 to live in the Bird house that Buddy was born in. They renovated their home and have loved being back in Columbiana were they were both born.

They graduated in the same class at Shelby County High School in 1950. Their married life has been blessed and their anniversary was a celebration of everything that’s made their life together beautiful.