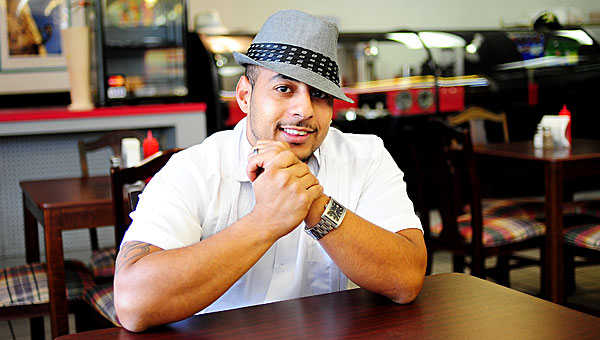 The owner of a Caribbean-themed eatery said he recently got a big boost in business when he moved his restaurant from an Alabaster gas station to a location near the Pelham-Alabaster line.

Luis Delgado, who opened Miami Café in summer 2011, moved his restaurant from a BP gas station on Alabama 119 in Alabaster to 3569 Pelham Parkway, which is near the intersection of U.S. 31 and Shelby County 68.

Delgado held the new location’s grand opening on Feb. 4, and has since “probably quadrupled” his business.

“I know it’s only been a couple of days, but it’s been a great couple of days,” Delgado said. “We are still the same as we were when we were in the gas station. We still try to get to know everybody who comes in.”

Delgado said the new location features a few more tables and provides room for future expansion. Before opening in the new location, the restaurant was closed for about two months, he said.

“We are trying to grow, but we don’t want to grow too fast,” Delgado said.

The restaurant offers everything from chicken wings to Cuban sandwiches and empanadas. Most items on the menu are prepared with a Cuban or Caribbean flair.

The new location features a large projection screen, which Delgado said he plans to use to host “date nights,” kids movies and other events in the future.

Delgado said he is planning to open a banquet hall in the currently vacant space next to the restaurant in a few months.

“We are going to make that more adult-friendly,” Delgado said, noting the new banquet hall could offer events such as salsa dancing classes. “The adults could be learning to dance while the kids watch a Disney movie on the screen.”

Miami Café is open Monday-Friday from 11 a.m.-2 p.m. and from 4-9 p.m. The restaurant is open from 11 a.m.-9 p.m. on Saturdays and from noon-4 p.m. on Sundays. For more information about Miami Café, including a full menu, visit Eatmiamicafe.com.

“I put God first, family second and the restaurant is my hobby,” Delgado said. “It’s something I enjoy doing.”

By NEAL WAGNER / City Editor A 22-year-old man who police said illegally was living in Pelham when he was... read more