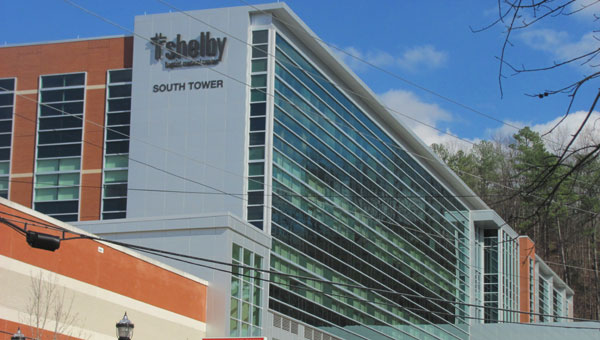 Do you know anyone who loves to be in the hospital? No? Well, it is the perfect place to be when you are really, really sick. Believe me!

The Sunday before the Alabama BCS National Championship game, I began to feel fatigued, nauseated and kind of “out of it.”

The Monday of the game is very blurry in my mind, as fever, nausea and severe pain began taking their toll. Barely tolerating the pain on Tuesday, I thought I had a bug, the flu or something of that sort, and I’d tough it out.

Early the next morning, my daughter took me to the Shelby Baptist Medical emergency room. The receptionist was very busy but acknowledged our presence, and we waited only 15 minutes or so before I had a doctor, nurses, a lab tech and an order for x-rays, body scans, electrocardiograms, IV drips and pain meds and even more tests for more than six hours.

As my condition worsened, the nicest “hospitalist,” Dr. Kasey, came in and sort of “took over.”

The next several days are not in my memory banks.

All I know for sure is that all four of my kids were in and out constantly. Some stayed hours at a time. My auto-immune system had gone crazy, and I came close to dying.

Thankfully when the culture finally specified the blood stream infection, meds were quickly changed to attack the infection.

“Hospitalists” are fully trained internists who work seven days on and seven days off and are on call 24 hours a day. Each hospital shift had some of the sweetest, most concerned folks. Whether they worked as a tech, LPN, RN or in the lab, respiratory, kitchen or x-ray, they were kind and sympathetic.

A representative from hospital administration checked for any problems or complaints, a chaplin came and then my church friends began to visit.

After eight days, I was home bruised and battered, weak as a kitten, unable to stay up for more than 15 minutes at a time and had to have oxygen and lots of medicines.

After three weeks at home, I am finally on the mend. I’d like to thank every department in the hospital and tell the public we have a highly trained, efficient and professional staff running our hospital right here in our city, and the new South Tower is gorgeous.

By SANDRA THAMES / Community Columnist The office staff at Thompson High School has long been known for their friendliness.... read more