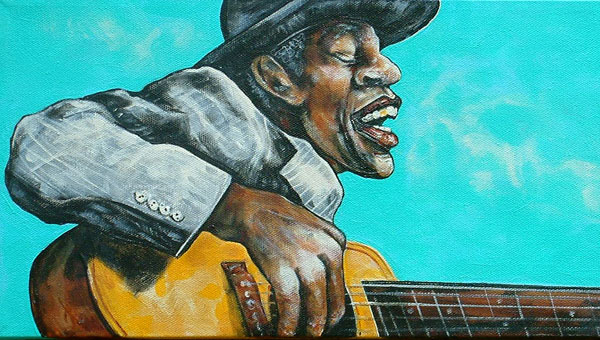 Artist Lennie Jones is one of three featured artists in the SCAC Regional Folk Art Exhibit. His piece "Soon 'fore Mornin'" will be on display in the gallery until April 26. (Contributed)

COLUMBIANA – For the first time, the Shelby County Arts Council is hosting a folk art exhibit in Columbiana.

The opening reception is March 8 from 6 – 7:30 p.m. Blues band 2Blu and The Lucky Stiffs will be performing at the reception and light refreshments will be served. The gallery is family-friendly and free to the public.

According to Gordon, a folk artist is an artist who has not been formally trained.

“They are self-taught. They usually are talented. They have a voice. A lot of folk art is a little bit more primitive,” Gordon said. “School doesn’t necessarily make an artist to me. We wanted to focus on folk artists who have a good reputation where they’re from.”

Gordon reached out to Andrews to curate the exhibit because of his familiarity with the folk art scene.

Some local churches are holding family celebrations for Fat Tuesday before the Lenten season begins on Feb. 22. (Contributed) By... read more