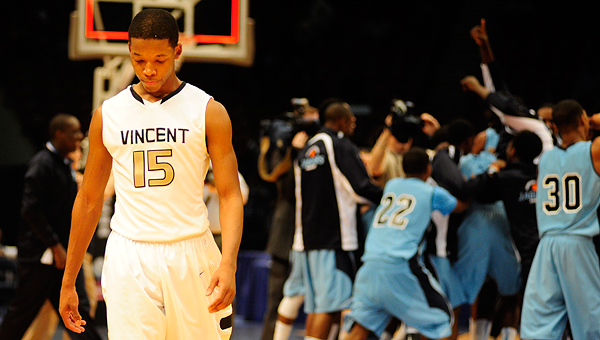 The few words the pair managed to put together were painful recollections of the final game of the season, which featured a double-digit lead by Vincent turning into a second-half comeback by Barbour County to keep its undefeated season alive.

Vincent coach John Hadder understood their hurt, but he felt the sting from the Yellow Jackets’ defeat overshadowed his team’s phenomenal run to the school’s second appearance in the Class 2A title game in school history.

“The loss was obviously disappointing,” Hadder said, “but to focus on tonight would be a disservice to what we’ve done all year long.”

Vincent High School junior Anterio Rogers, who led the Yellow Jackets in scoring with 28 points in their victory over... read more