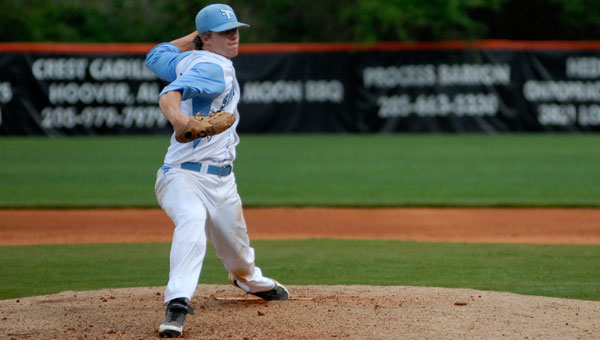 HOOVER — Spain Park High School baseball coach Will Smith saw the Jaguars’ participation in the Baptist Health System Buccaneer Classic as one final opportunity to prepare his team for the most important part of the season.

The Jaguars completed a rigorous schedule including several of the top high school baseball teams in the state of Alabama with a grueling three-day tournament.

Smith said Spain Park’s 8-7 win over rival Oak Mountain and the Jaguars’ 5-3 win over Hartselle, as well as a 17-11 setback against rival Hoover in the tournament championship game with both teams’ pitching depth stretched to the limit, on the final day of the tournament will help his players come March 27 when they open Alabama High School Athletic Association Class 6A, Area 12 play against Homewood.

“We’ve had March 27 marked as the day we need to be prepared for,” said Smith, who led his team to five victories in a stretch of seven games in the past three days. “We try to use this tournament as a springboard.”

Spain Park, which played three seven-inning games March 21, opened its run to the championship game with an 8-7 win over Oak Mountain.

The Jaguars used a 5-run inning in the bottom of the third to jump out to an early lead.

Dahl said the Eagles’ games in the tournament helped Oak Mountain prepare for AHSAA Class 6A, Area 10 play, which begins March 27 with a game against Hoover.