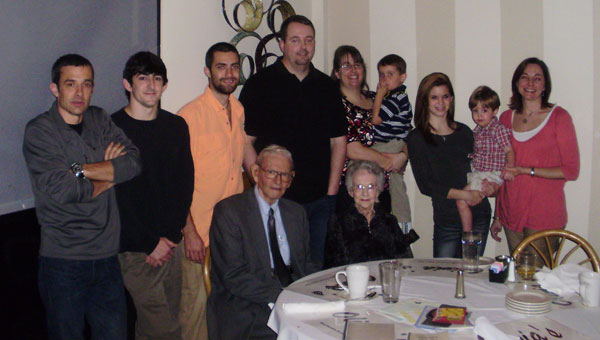 The Lyons and family

Raymond and Margaret Stinson Lyon of North Shelby County, celebrated their 69th wedding anniversary on March 2 with a dinner given by their family. The couple was married March 6, 1943, in Corpus Christi, Texas, where the groom was serving in the U. S. Navy.

Raymond Lyon is retired from Union Carbide, Linde Division, and Margaret Lyon is a retired realtor. They have three children, Sherry Lyon White (Byron) and Ray Lyon, Jr., (Sheila) of North Shelby County and Sam Lyon (Karen) of Coral Springs, Fla. and 16 grand- and great-grandchildren who love and admire them.

Guillot-Liveoak Cathy Guillot and Irwin Guillot Jr. of Helena are proud to announce the engagement of their daughter Ashley Guillot... read more