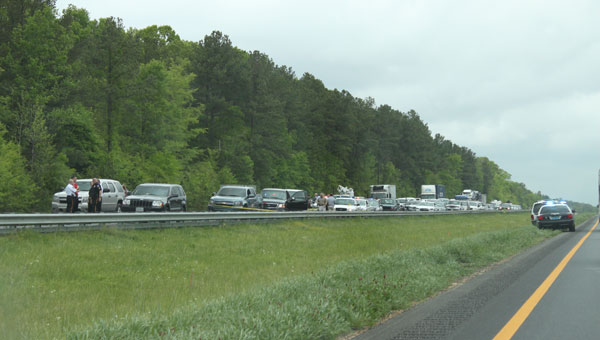 Interstate 65 South from mile marker 231 to mile marker 228 was closed for four hours after officers said they used “deadly force” to apprehend a fugitive in Calera.

43-year-old Todd Sterling Miller, of Alabaster, has been arrested and charged with one count of first-degree assault, one count of attempted murder and four counts of probation violations.

According to Charles Dysart, public information officer for the Alabama State Trooper’s Office, said there have not been any charges filed against Miller as a result of the Interstate 65 incident.

Miller was treated at the scene and flown to UAB hospital in Birmingham for his injuries. As of 4 p.m., Miller was still being treated at UAB.

There are no other suspects being sought in the area.