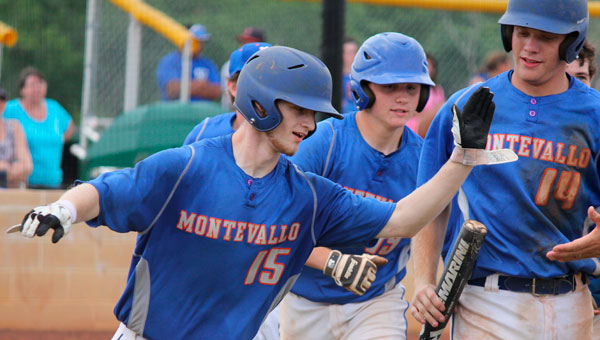 Montevallo High School senior Eric Smith blasted a pair of homers, including a grand slam, to help the Bulldogs defeat Marbury 15-8 in the deciding third game of a best-of-three series in the Alabama High School Athletic Association Class 3A quarterfinals May 5.

The Bulldogs clinched their first-ever trip to the AHSAA Class 3A semifinals with the victory.

Smith finished 3-for-5 at the plate with the pair of long-distance bombs. Smith drove in a total of eight runs and scored three runs in the victory.

Taylor Burr earned the win on the mound after giving up eight runs, including six earned runs, on 10 hits with two strikeouts and four walks in six innings.

Chase Hamrick entered in relief of Burr in the seventh inning and closed out the victory with a scoreless inning.

Montevallo will travel to Montgomery to face Trinity Presbyterian in the Class 3A semifinals May 11-12.