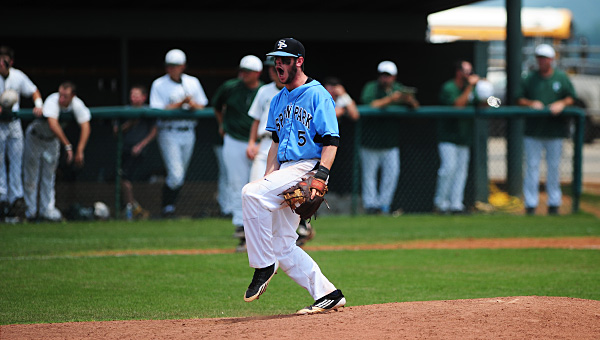 Spain Park High School senior Mikey White has delivered at the plate for the Jaguars plenty of times during his varsity career.

The Jaguars needed White’s best effort on the mound in the deciding third game of a best-of-three series against Pelham in the Alabama High School Athletic Association Class 6A quarterfinals.

The University of Alabama signee came through for the Jaguars as he limited Pelham to three hits through six scoreless innings before working out of a jam in the bottom of the seventh inning to clinch Spain Park’s 5-2 win over the Panthers in the deciding third game May 5.

Spain Park will host Oxford in the AHSAA Class 6A semifinals May 11-12.

White also led the Jaguars offensively as he finished 2-for-3 with a double and drove in one run.

Fletcher Johnson led Pelham offensively as he finished 1-for-2 at the plate with a double.

Parker Curry took the loss after giving up five runs on six hits while recording six strikeouts in a complete game.

Freeman’s solo homer in the top of the third inning sparked a four-run inning for the Jaguars. White also had an RBI double in the inning.

Spain Park added an insurance run in the top of the fifth inning.

White ran into his first trouble of the day in the bottom of the seventh inning.

Soleymani reached with a single to get the Panthers’ rally started. Johnson followed up with a double to put two runners in scoring position for the Panthers before Finnerty delivered an RBI single to plate Pelham’s first run in the game.

Thomas Lowery drove in a run to cut the deficit to 5-2 before White recorded the final out to close out the complete-game victory.