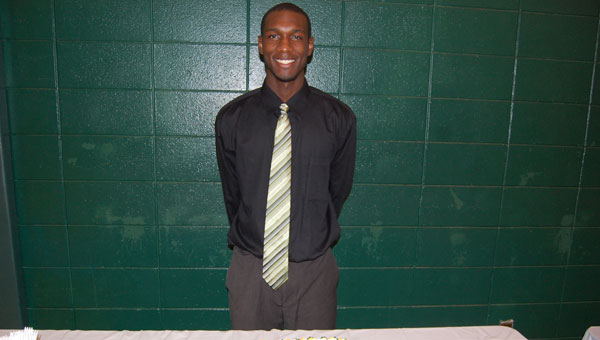 PELHAM – Xavier Lacey’s athletic ability has earned him a late college scholarship offer from an Illinois institution yearning for his defensive skills.

John Wood Community College in Quincy, Illinois was not at the top of Lacey’s college list, but just to get a scholarship offer means the world to the former Pelham High School standout.

“It was pretty overwhelming,” he said. “I didn’t know what to think at first, it was crazy that I would get a scholarship this late in the season.”

Lacey said that he has already made contact with some of his coaches and teammates at JWCC next season. He also said that he had a fantastic support system during the scholarship process that included his mother, father, church community and especially his head coach at Pelham, Joel Floyd.

“Xavier has been here since I took over the program,” Floyd said. “He has helped reshaped the way Pelham basketball is played.”

What Floyd said he saw and what many who have seen Lacey play is one of the most athletic basketball players in Shelby County.

Floyd said that despite Lacey only standing 6’1”, he does not let his small stature intimidate him when facing much taller guards and forwards.

“Xavier is a phenomenal athlete,” he said. “He has the ability to drive to the basket on anyone. He can jump through the gym.”

There is no doubt Lacey’s athletic ability played a major role into him earning a scholarship. However Floyd said it was his demeanor and work ethic that he is most proud of.

“Xavier is one of the nicest kids you will ever meet,” he said. “He is just one of those guys you always want to be around.”

From the hardwood to the pulpit