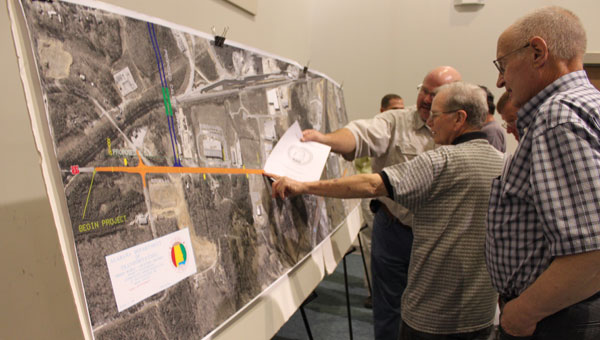 CALERA – The Alabama Department of Transportation invited Calera residents to a public involvement meeting to discuss improvements to the roadway at Interstate 65 exit 231, where the interstate meets U.S. 31.

“We need it,” Mayor Jon Graham said of the improvements. “This is one of our greatest needs. It’s our main clogged artery.”

According to information provided by ALDOT, the proposed replacement overpass bridge will be a wider structure that will include four through travel lanes, two in each direction, and center left turn lanes.

“The approaches to the bridge will be improved to match the roadway widths on U.S. 31,” the information stated.

According to a preliminary planning map, U.S. 31 could be widened from south of A.C. Legg to north of Walmart, but not to Alabama 70. 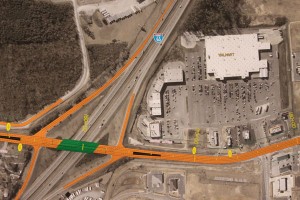 “We’ve been asking on a regular basis to make this happen,” Graham said. “It would be a tremendous boost to our local economy. It’s convenience, yes, but we need it for economic development.”

“We work wrecks up there all the time,” he said. “People run the light to avoid waiting for 30 minutes or pass on the right because they don’t want to wait through the light.

“I can’t think of a bigger safety issue in our city,” he added. “From Interstate 65 to Highway 70, there is a mile of traffic backed up every afternoon. Any time of the day, you’re stuck in rush hour traffic.”

“The department committed to start looking at it, then set a date of construction,” Taylor said.

Before construction begins, Taylor said ALDOT has to look into environmental impacts, engineering aspects and cost, as well as public input.

“After today’s meeting, we could refine our design quite a bit,” Taylor said. “We have to find where’s the logical place to start. We need public comment for what we need to avoid and things we need to include.

“We’re all aware there’s a problem,” he added.

Hunter Davis of Pelham competes in the junior group for the disc golf competition in the Alabama Sports Festival at... read more