Montevallo native fishing for a living 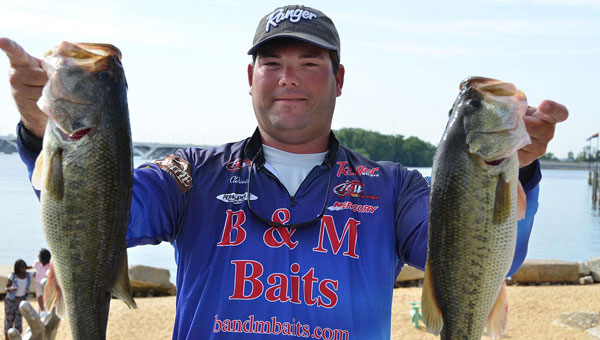 Clent Davis was only 12 years old when he started fishing in tournaments after a childhood filled with love of the sport.

The Montevallo native had a dream from an early age and now is in the midst of chasing it.

Davis graduated with a major in kinesiology and a minor in history. He was prepared to go back and get another degree to become a high school teacher, but got the chance to help a friend fish some tournaments, which inspired him to try and chase his dream.

In 2010, Davis fished a few tournaments on the FLW Tour, named after Rangers Boats founder Forrest L. Wood, as a co-angler and decided to do the same for the entire 2011 tour. After experiencing success, Davis made the big decision to be a regular angler in the 2012 tour.

The moved paid off as Davis had a great season and claimed the Rookie of the Year award on the tour. Davis gives a lot of credit to his college fishing days, where he learned how to better study to fish in lakes he’d never seen before.

“The fish are really different in different areas and you have to figure out what’s best for that lake or that fish,” Davis said.

Davis was quick to thank some of his local sponsors, such as Thefishranger.com and Airport Marine, knowing he wouldn’t have even been out on the water to win Rookie of the Year without their support.

Davis is now qualified for several tournaments in the fall, including the elite Toyota Texas Bass Classic in Conroe, Texas held in late September.

“It’s a dream come true,” Davis exclaimed. “A lot of hard work has been put in and we’re just breaking in to seeing that pay off.”

So far Davis hasn’t fished in a tournament in Alabama this season, but said he there is one next year and he can’t wait to fish in the tournament.

“I’d much rather drive two hours to a tournament, rather than 24 hours,” Davis laughed.

On top of easier travel, a tournament in Alabama will allow Davis to be rewarded by fishing in front of a home crowd that is sure to get behind one of the hottest young talents coming up in the sport.

By ALDO AMATO / Staff Writer PELHAM – A rising senior at Pelham High school has made his way onto... read more