Schools gearing up for first day 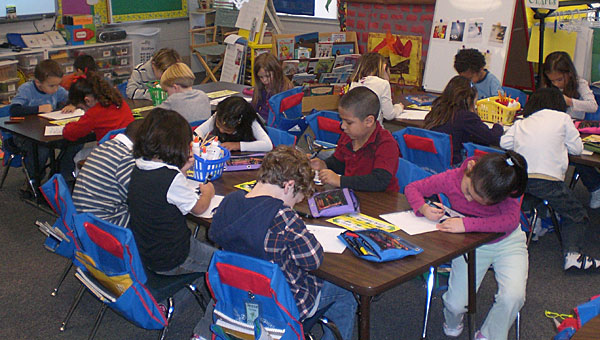 Kids take part in an activity at Valley Elementary School in Pelham. VES and other Pelham schools are gearing up to welcome students back to the classroom on Aug. 20. (File)

Pelham’s schools over the next few weeks will be gearing up to welcome kids back to the classroom by finishing up construction projects and hosting several orientation events.

Crews currently are working to put the finishing touches on a new nine-classroom wing at Pelham High School, and the wing is set to be completed before classes begin on Aug. 20, said Shelby County Schools Superintendent Tom Ferguson.

The new nine-classroom wing, which is being built on the southwest corner of the PHS campus, was originally scheduled to be completed in October 2011.

However, the Shelby County School Board of Education in November 2011 terminated its contract with the original contractor because of construction delays.

In April, the Shelby County Board of Education announced the Pelham-based Williford Orman construction company had taken over the project.

During the day, kids will get a chance to meet their new teachers, purchase and pick up pre-packaged school supplies from the PTO, sign up for extracurricular activities and more, said VIS Principal Dana Payne.

PHS will hold its annual “Camp Pelham” freshmen camp on Aug. 10 from 8 a.m.-noon. During Camp Pelham, incoming freshmen will receive a tour of the school, attend a media center orientation, find their lockers and classes, attend a pep rally and more.

Cost of the camp is $20 per student, and includes a T-shirt and lunch.