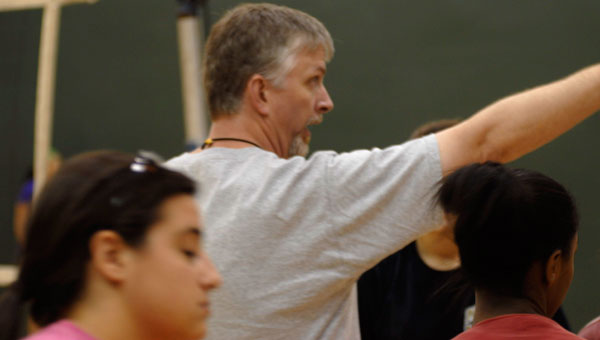 Robinson said he is excited about being named head coach, but he said he wants to build off past Panthers’ success.

“That is the exciting part,” Robinson said. “It is also the part that you can’t forget. You have to embrace that and try to keep it going. I am excited about a lot of things; what they have done in the past and what I think we can do in the future.”

Robinson spent the last four years coaching high school volleyball in Houston, Texas. Robinson said living in Houston allowed him to adapt to the high school game, after coaching in the college ranks for many years.   He had coached at Carson-Newman College for seven seasons and then, the University of Montevallo for four seasons, before Robinson’s wife, Leslie, received a job at Rice University in Houston.

Robinson said he loved Houston, but he said he had no complaints moving back to Birmingham when his wife received a job as Southeastern Conference assistant commissioner.

“My wife is an Alabama alum,” Robinson said. “I am a Montevallo alum.  Birmingham was the easiest place in the whole world for us to move back to.”

Robinson said his goals for this season are to build a foundation for the program to build off.  He said he would like to build Pelham into a premier program in the state.

He said his unfamiliarity with the competition in the area could be an advantage.

“I am really blind going in and honestly, that is not a bad thing,” Robinson said.  “It makes me focus on my team, which is what we need.”

In 2011, the Panthers, under former coach Haven O’Quinn, had a record of 39-22 and advanced to the sub-state round of the Alabama High School Athletic Association Class 6A playoffs, before falling to Huntsville.  The Panthers finished runner-up in AHSAA Class 6A, Area 10.