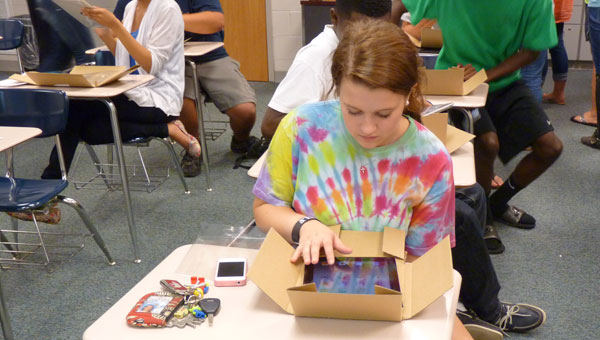 HOOVER — On Sept. 6, 368 Spain Park High School seniors crossed over into a whole new world of education as they received iPads to be used as part of the school curriculum.

The seniors are part of a pilot program putting Nook e-readers and iPads in the hands of students of all ages throughout Hoover City Schools. If the pilot program goes well, school officials hope to have all Hoover schools outfitted with the devices by fall 2013.

Senior Brannum Forsyth said he believes using the iPads will help calm the chaos of a school day.

“I was excited because I’ve heard of schools that have used them, and it’ll make things faster and make things easier,” he said. “Instead of wasting paper and printing 22 or 23 handouts for a class, (teachers) can just upload a PDF.”

Forsyth said he plans to continue using an iPad once he gets to college, especially considering the expense and weight of collegiate textbooks.

“On an iPad, you can have 100 textbooks,” he said. “I fully expect to continue using it in college.” 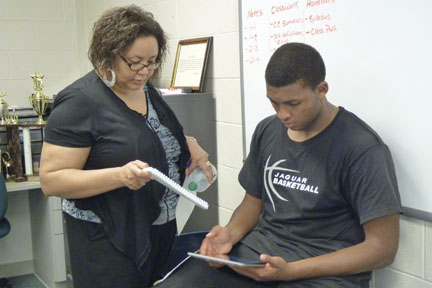 Senior Leah Guarisco agreed, saying that using an iPad will be a weight off her shoulders — literally.

“In class, you’re not going to have to bring your textbook everyday, and that’ll be a lot less weight in our backpacks,” she said.

She said she thought students would have a short adjustment period to get used to the iPads, which are “really easy to work.”

“The reason you’re getting this is because we’re investing in you,” he said.

Phillips said school officials expect each iPad to last roughly three years. At the end of every school year, the iPads will be reset and assigned to new students for the next year.