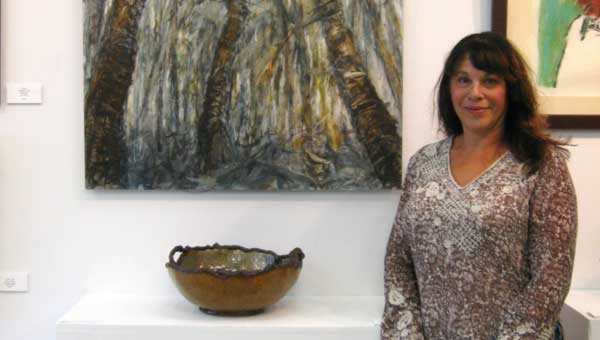 Fogle’s winning piece was an oil painting titled “Woods in Winter.” Fogle received a $500 cash award and a solo exhibit tentatively scheduled for May 2013 at the SCAC gallery.

More than 50 pieces for the 2012 Juried Art Show, and they were judged by Gar Chapman, honorary juror from the University of Alabama at Birmingham’s art department. The show will be on display through Oct. 18 at the SCAC gallery, 104 Mildred Street, Columbiana.

Spain Park's Zac Newton forces a fumble during a carry by Prattville's Stanley Mays during the Jaguar's victory on Sept.... read more