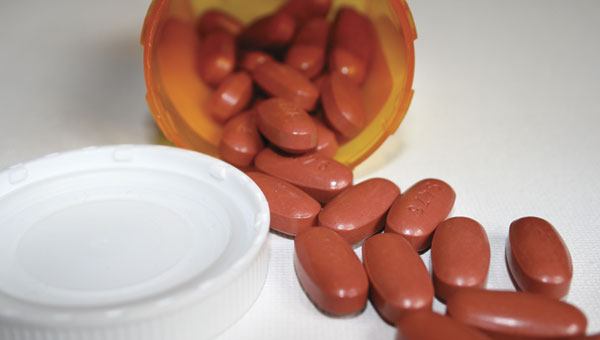 Throughout the day, law enforcement officials and volunteers from the Shelby County Drug Free Coalition and the Samford University Pharmacy School set up several prescription drug drop-off locations across the county.

The drop-off points were at the Target store in Alabaster’s Colonial Promenade shopping center, at the Greystone YMCA at 5414 U.S. 280, at the Pelham Police Department at 32 Philip Davis St., at the University of Montevallo’s Department of Public Safety Station and at the Winn Dixie supermarket at 2653 Valleydale Road.

Drivers were able to pull through the drop-off locations and drop off their unused and unwanted medication, no questions asked. After collecting the medications, law enforcement officials handed the medications over to the Drug Enforcement Administration to dispose of properly.

Turner previously said prescription drug abuse is a growing problem not only in Shelby County, but across the nation. Unwanted and unused medications left unattended in a home can provide a source of drug abuse, Turner said.

“Especially among the homebound or elderly, they are subject to having it stolen,” Turner said. “The majority of abuse is among younger people, but we see it affecting a wide range of folks.”

By MICKEL PONTHIEUX / Sports Reporter The Oak Mountain Eagles volleyball team found themselves in battle on the road at... read more