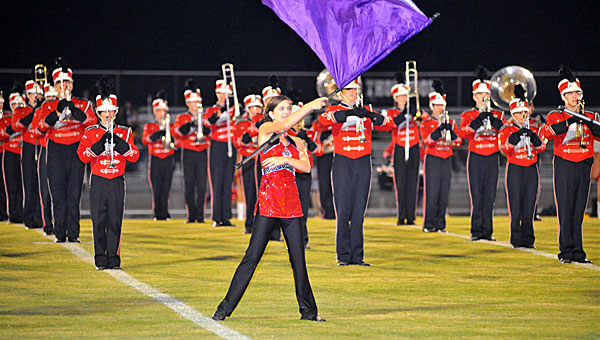 The Thompson High School Marching Southern Sounds band is looking to raise about $70,000 to replace some uniforms made before most of the band members were even born.

“I’ve already told the kids that we aren’t marching in those uniforms again (after this year),” said THS Director of Bands Jon Bubbett. “Some of them have started splitting, not at the seams, but because the fabric is just disintegrating.”

The band put the current uniform style into service in the early 1990s, and some of the 18-year-old uniforms are still being used today.

“They’re not all 18 years old, because we have bought some replacement uniforms over the years, but some of them are that old,” Bubbett said, noting the current uniform styles have caused criticism from some judges at marching competitions.

Bubbett said it will cost about $70,000 to purchase enough uniforms for the nearly 200-member marching band, which is proving to be difficult in a down economy.

“The band does do a lot of fundraisers, but most of that money goes to maintain the band,” Bubbett said. “Seventy-thousand dollars is a lot of money, especially in a down economy.”

The marching band is self-sufficient, and operates separately from the city and the Shelby County School System, Bubbett said. In order to order the new uniforms, the band must place a $35,000 deposit, and must pay the balance before the uniforms are delivered.

Band members and supporters have already raised about $8,500 toward the goal, $2,500 of which came from a check presented to the band from state Sen. Cam Ward, R-Alabaster.

“Cam and the Alabaster Sports and Entertainment Foundation have really been good about supporting us,” Bubbett said. “And our parents and Band Boosters work hard to keep the band’s operating costs funded.”

Ward praised the band, and said the organization has “great parent involvement.”

“I enjoy partnering with the band here,” Ward said as he delivered the check.

“We are grateful for any assistance given to us,” Bubbett said.

Pelham Fire Chief Danny Ray, right, acts as a simulated victim as an Alabama state trooper lifts him out of... read more