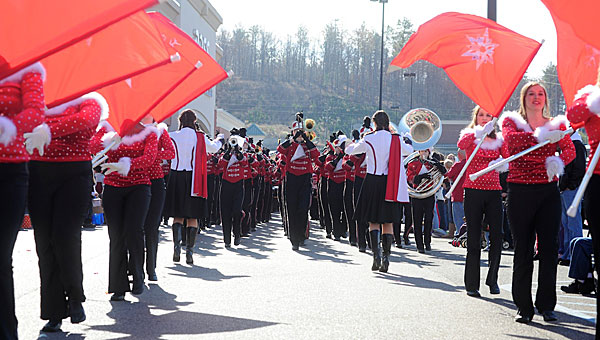 The Alabaster Christmas Parade will begin at 10 a.m. on Dec. 1 on U.S. 31 after it was held at the Colonial Promenade shopping center last year. (File)

The city of Alabaster is making its final preparations for the annual Christmas parade, which will return to U.S. 31 on Dec. 1 for the first time since 2010.

The Christmas parade will begin at 10 a.m., and will follow the city’s traditional parade route through the heart of Alabaster.

Before the parade, which is sponsored by the Alabaster Beautification Board, more than 75 floats and groups will stage at the businesses along U.S. 31 in the northern end of the city.

Alabaster City Administrator George Henry said the city considered U.S. 31 and Alabama 119 for the parade after learning the parade would not be at the Promenade, and said the city chose U.S. 31 to allow for more staging room for participants.

This year’s parade theme will be “Christmas Wonderland on Main Street.” For more information about the parade, or to sign up as a participant, visit Cityofalabaster.com/departments/parks-recreation/special-events/christmas-parade-dec-1-2012.