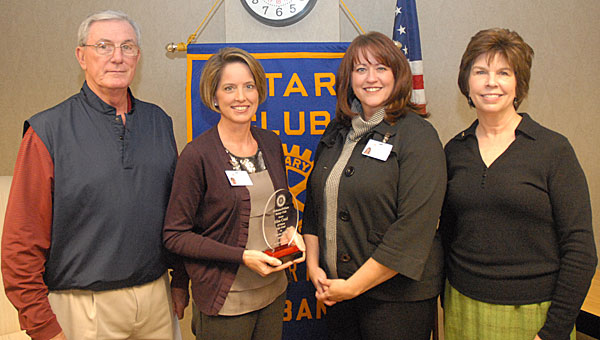 Creel, who has been in the education field for more than 20 years, has taught at schools in Montgomery County and at Faulkner University, and has been at PHS for six years teaching classes such as AP calculus and trigonometry.

“I’ve only been at Pelham since April, but I feel like Alisa is part of the reason I feel at home there,” said PHS Assistant Principal Jamie Smith. “She is fantastic. The kids love her, and we are blessed to have her at Pelham.”

Creel said her parents served as her inspiration to enter the education field, and said she was transferred from a rural school in Montgomery County to a school in inner-city Montgomery shortly after she began teaching.

“I had to learn, and I had to learn fast,” Creel said of transferring to the inner-city school. “That time in my life shaped me into the teacher I am today.”

After teaching in Montgomery County schools, Creel moved on to a private Christian school in Montgomery, followed by time at Faulkner University.

Creel praised PHS, and said the community should be proud of its kids.

“Pelham has been a great place to be. I’ve enjoyed it,” Creel said. “The kids at Pelham are representative of our community, and you should be proud of them.”