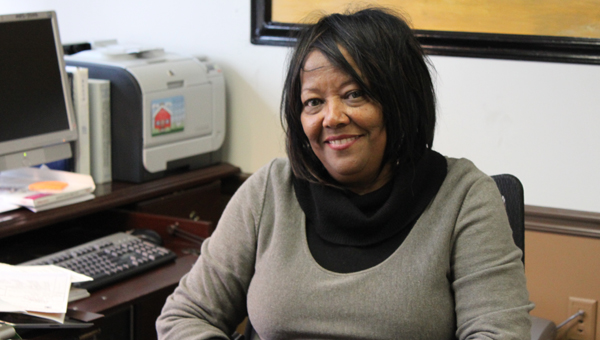 MONTEVALLO – Dr. Annie McClain has been through the good, the bad and the ugly as principal of Montevallo Elementary School, according to Assistant Principal Haley Franks.

McClain’s last day at MES will be Dec. 23, as she looks forward to retirement.

“She’s a fixture in the community,” Franks said. “She’s a true fighter for education and an advocate for this school and our students.”

McClain didn’t intend to become a leader in education, as she first became a nurse when she completed high school. Later, after marrying Johnny McClain and having two sons and a daughter, she decided to make a career change. She soon became a police officer at the University of Montevallo.

During her time at UM, McClain decided to earn her master’s degree in administration, even though when she faced student teaching she was “scared to death” to be responsible for other people’s children.

McClain’s first job in education was as a Thompson Elementary School teacher. She then moved on to teach at MES.

In 1990, McClain became a school counselor at Thompson Elementary, which “afforded me the opportunity to help more kids,” she said.

She later became a counselor and then an assistant principal at Montevallo Middle before joining the MES staff as principal. She has been principal for six-and-a-half years.

After retirement, McClain said she plans to travel with her husband and possibly stay in different cities for four to five months or travel abroad.

“I want to travel and reinvent what it means to be retired,” she said. “To retire is to start a new life, and that life is a life of adventure.”

The path to retirement hasn’t been smooth, however, as McClain is dealing with MES’ current mold issues.

With a smile, she said students will ask if she’s leaving because she’s sick from the mold. She said she has been considering retiring since the previous school year.

“(Retiring) is a decision that has taken me a long time to make, and it’s unfortunate I have to leave during this time,” McClain said. “I even thought about rescinding my resignation, but someone else will come in here and move forward.

“I hope the (new principal) will love the community, faculty and staff and be passionate about what the students go through,��� she added.

McClain said she prays the school board will work hard to rebuild the trust between MES parents and the school system. She said parents are worried about mold and asbestos, and about 100 of the school’s 719 students were absent this past week.

“Those things will make this school implode if it’s not handled immediately. The negative attention MES has gotten from this is not fair,” McClain said. “We have strong teachers who have gotten scores up, and while they’re not as high as Homewood or somewhere like that, we’ve grown.”

After McClain’s husband retired as MMS principal seven years ago, she said hearing the school bus at the start of the next school year “tore him up.”

“I won’t be in town when school starts in January,” she said. “I’m hoping we’ll be in the Dominican Republic.”