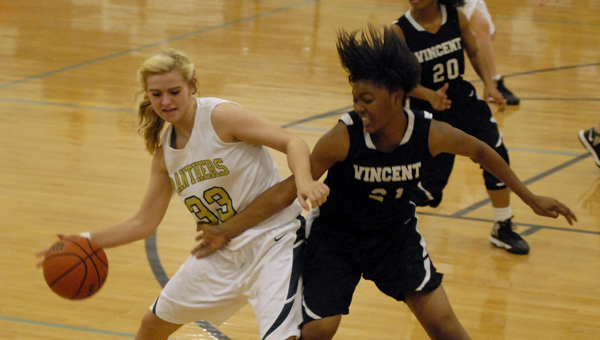 CALERA – The Pelham Lady Panthers opened the Shelby County tournament with a 59-29 win over Vincent Dec. 15 in Calera.

Pelham closed the first quarter on an 8-0 run for an 18-4 lead headed into the second.

The Lady Panthers opened the second scoring five straight points, then added a 10-2 lead later in the quarter for a 33-12 lead with less than two minutes left in the half.

Pelham continued to put the pressure on Vincent in the second half by opening the third quarter with a 10-2 run to claim a commanding 45-14 lead with just over five minutes left in the third.

Vincent outscored Pelham 7-4 in the last three minutes, but trailed 49-23 headed into the final quarter.

Pelham advances to face rival Thompson Thursday, Dec. 20 at Calera High School. Vincent will face Westminster on Friday, Dec. 21 at a location to be determined.

The Vincent Yellow Jackets girls’ basketball team had no trouble in a 57-7 blowout of Victory Christian Dec. 13. Brooklyn... read more