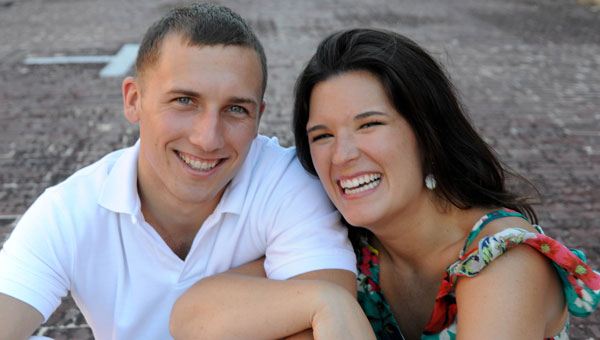 Laura and Tony Nichols of Birmingham are pleased to announce the engagement of their daughter, Anna Kristen Nichols, to Lt. Kyle Gadoury, son of Walter Gadoury and Karen Kroll of West Warwick, R.I. They have set their wedding date for Jan. 26, 2013.

Anna Kristen is the granddaughter of Curtis and Maryann Cavender Hood and of Tom and Jane Nichols, all of Gadsden. She graduated from Spain Park High School in 2005 then went on to graduate with an English degree from Birmingham-Southern College. She recently received her master’s degree in advertising and public relations from The University of Alabama.

Kyle is the grandson of Albert and Leona Charbonneau and of William and Alice Gadoury, all of West Warwick, R.I. He graduated from West Warwick High School in 2006 and went on to graduate with a degree in foreign area studies from the United States Air Force Academy. He is currently employed with the U.S. Air Force.