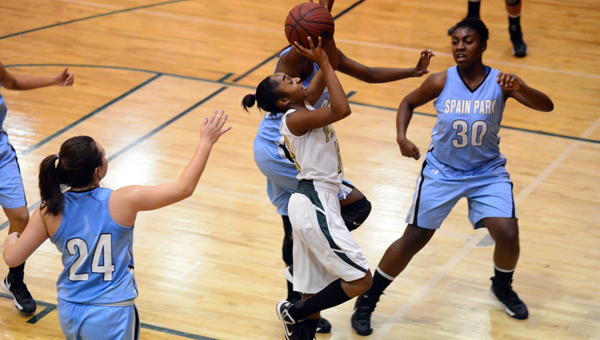 PELHAM – The Spain Park Lady Jaguars scored 26 points in the second quarter to run away for a 57-27 area victory over the Pelham Lady Panthers Jan. 15.

Spain Park took a 10-6 lead after the first quarter before breaking the game open in the second. The Lady Jags went on a 16-3 run to begin the second led by a pair of 3-pointers by Victoria Baldwin.