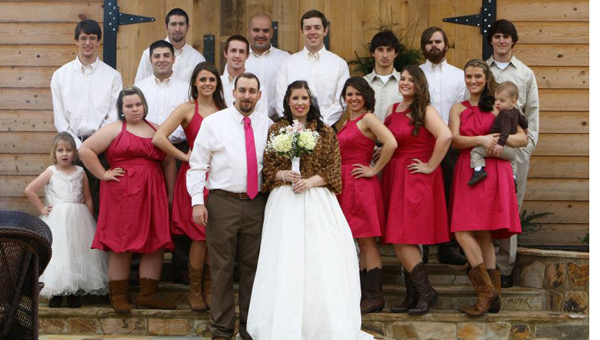 Michael Harper of Ranburne and Lauren Skelton of Wilsonville were married on Jan. 5 at 2 p.m. at Mountain View Baptist Church in Ranburne. Harper is the son of Ann Harper and the late John Harper. Skelton is the daughter of Deborah Crumpton of Wilsonville and Greg Skelton of Hoover, granddaughter of the Rev. Joe and Terry Stone and James and Jessie Skelton. Harper graduated from Auburn University in 2006 with a  Bachelor of Biosystems Engineering. Skelton graduated Southern Union State Community College on 2011 and holds a Certificate of Paramedic.

The reception was held at Bell House Bed and Breakfast Barn in Heflin. The couple spent their honeymoon in Gatlinburg, Tenn., and currently reside in Montgomery.