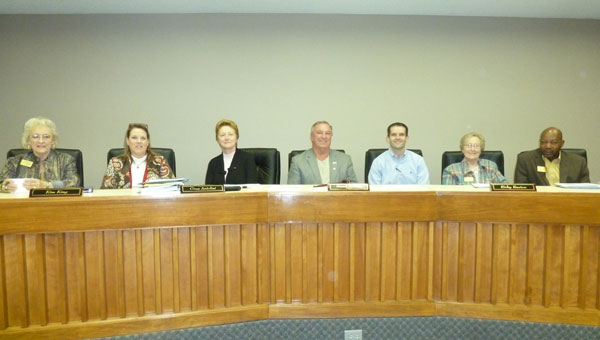 Transparency, accountability and solutions are key to this administration. Handley welcomes the public – in fact encourages Columbiana’s citizens – to attend and become involved in our community.

The council meets the first and third Tuesday of every month at City Hall on Mildred Street at 6 p.m. You are welcome to attend.

In addition to our mayor, there are four new members on the council: District 1 Leslie Whiting; District 2 Barbara Moore; District 3 Ricky Ruston and District 4 Kim King. District 5 Ouida Mayfield, mayor pro tem, is the only returning member of the City Council.

In the next few weeks, each council member will be introduced to our community.

Our city has additional men and women who serve us and keep our city functioning.

The service of these dedicated persons who work behind the scenes is huge, who do multiple tasks with limited resources in a timely and efficient manner.

New things are on the horizon for Columbiana.

Handley’s desire is for Columbiana to become a destination center for Shelby County welcoming people to our treasured Shelby County Museum, Karl C. Harrison Museum of George Washington and events as Cowboy Day and Liberty Day. New signs designed by Scott Owen greet people on Shelby County 70 and 47 – “Welcome to Columbiana, Home of Governor Robert Bentley.” The undated pavilion on the Summer Classics land is in the works and one the Shelby County Arts Center will be built on Summer Classics Way to become the hub of arts in our county.

A new day has come to Columbiana.