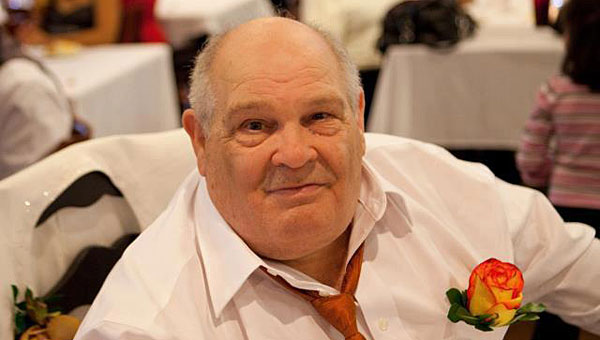 Giuseppe Bertolone, who was well-known as “Papa Joe” at Alabaster’s Joe’s Italian restaurant, passed away on March 6. (Contributed)

The namesake of Alabaster’s Joe’s Italian restaurant, who frequently greeted visitors as they entered the establishment, passed away on March 6.

Giuseppe Bertolone, commonly known as “Papa Joe” at the restaurant, died on March 6 after he stopped breathing and was transported from the restaurant to the Shelby Baptist Medical Center emergency room, according to posts on the Joe’s Italian Facebook page.

“With heavy hearts, we regret to inform you that Papa Joe has passed,” read a post on the Facebook page shortly after 11 p.m. on March 6. “We will keep you all informed once we have more information regarding arrangements. Thank you for your love and support.”

Bertolone, who was born in Sicily, Italy, moved to California with his wife, Elvira, in 1977 before opening the original Joe’s Italian restaurant in Gilroy, Calif. in 1981.

The Bertolones sold their California restaurant in 2007 and moved to Shelby County to be closer to their daughters, Mary Bertolone and Sonia Bertolone de Carrillo.

Giuseppe Bertolone was a staple at the Alabaster restaurant, and frequently greeted and helped seat Joe’s Italian patrons.

“Papa Joe loved his family, his community and his restaurant,” said de Carrillo, noting she is inviting everyone in the community to “celebrate the life of a great man” once funeral arrangements are finalized. “He loved being there to greet and chat with his customers, who were his friends.”