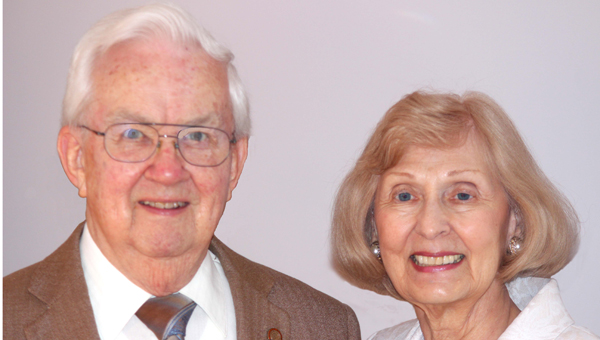 John and Janice Thies will celebrate their 60th wedding anniversary on March 21, 2013, with a private family dinner at The Bright Star Restaurant. In 1953, John was a member of the U.S. Air Force and assigned to the Wright Air Development Center in Dayton, Ohio. Janice was a native of Dayton. After meeting on a blind date, they were soon married at Grace United Methodist Church in Dayton. The couple now lives in Hoover and are active members of Lakeside Baptist Church. John is retired from Southern Company Services and Janice is retired from the Birmingham City School system. They have three children: Melissa (Mike) Wilson of Park City, Utah; Brenda (Frantz) Johnson of Hoover and Becky (William) Lucas of Alabaster. They also have six grandchildren: Marsha (Nick) Butler, Amanda Johnson, April (Blake) Kitchings, Adam Johnson, Austin (Erika) Lucas and Trent Lucas. In addition, there are three great-grandchildren: Troy and Eli Butler and Gemma Lucas. It is hoped that the Butler family, now living in China, will be able to join the family dinner by Skype. A cruise to the Panama Canal is planned for later this year.