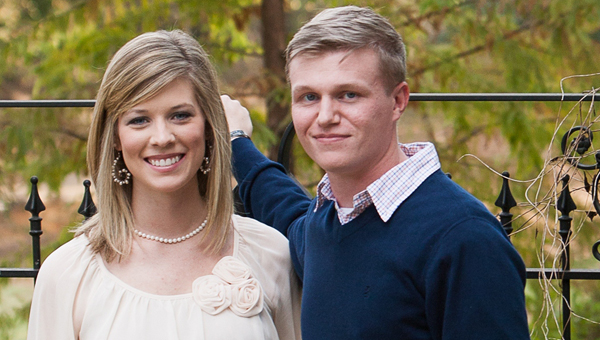 Mr. and Mrs. Jay Lawrence of Fayette proudly announce the engagement of their daughter, Logan Elizabeth, to Mr. Jeffery Caleb Logan, son of Mr. and Mrs. Jeff Logan of Calera.

Logan is the granddaughter of Mr. and Mrs. Ronny Lawrence of Fayette and Mr. and Mrs. Ray L. Clark of Berry. She is a 2012 graduate of Auburn University. She is currently employed with Judson College in Marion.

Caleb is the grandson of the late Mr. and Mrs. Billy Ray Warren of Centreville and the late Mr. and Mrs. Frank Logan of Montevallo. He is a 2008 graduate of Marion Military Institute and a 2011 graduate of Auburn University. He presently serves as a first lieutenant in the Alabama Army National Guard and is employed with Marion Military Institute in Marion.

The wedding will be held on April 20 at 3:00pm at Fayette First Baptist Church.