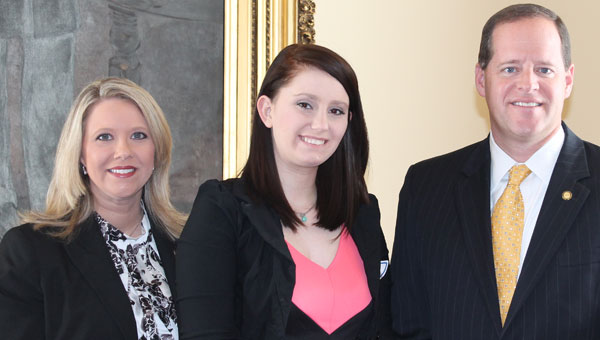 “I didn’t want to sponsor a contest. I knew how much work a contest would be. Anita Garner insisted we recognize Alabama’s student authors. She is the reason we have a contest,” said Jeanie Thompson, executive director of Alabama’s Writers’ Forum, at last week’s High School Literary Arts Awards Ceremony.

Garner, chair of the High School Literary Arts Awards, Thompson and her assistant, Nancy Hutcheson, along with several other Writer’s Forum members, fueled the awards ceremony with press releases, emails and phone calls to inform state legislators of their constituents’ success. Writers’ Forum and their student awards spotlight the significance of the arts to Alabamians.

At Pelham High School, we’re blessed to have an administration that supports the arts. PHS offers classes including Sculpture, Advanced Photography, AP Art, a full array of instrumental and choral music electives, theatre electives and writing electives including Creative Writing I, II and III, Literary Magazine and Competition Writing for seniors hoping to win scholarships and publication.

A recent email from PHS alumnae and 2007 literary magazine editor Amber Koski was inspiring. After earning her bachelor of arts in creative writing at the University of Tampa, Koski is completing her master’s degree in London. Award recognition gave Koski confidence. Koski reminded my students that hard work leads to success.

As design editor of our first-place-in-state 2012 magazine, PHS senior Everardo Villalvazo’s work was spotlighted when we won the state title for Exceptional Graphic Design in February. Villalvazo has the assurance he needs. He has been accepted to the University of Montevallo as a graphic design major. Now he awaits news on the scholarship he needs.

Combined middle school team of RMS and HMS and their coaches pose for a victory photo after defeating Briarwood. (Contributed)... read more