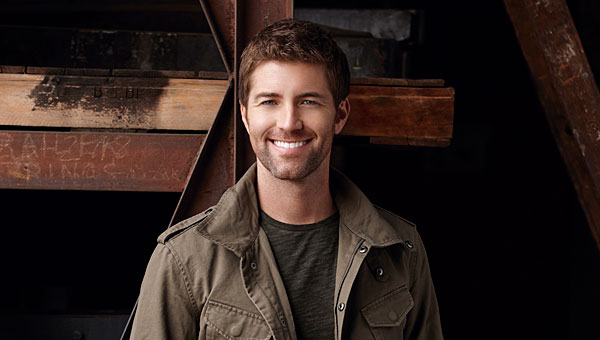 Country music star Josh Turner will headline the 2013 Alabaster CityFest, which will be held on June 1 at Alabaster’s Municipal Park. (Contributed)

Country music star Josh Turner will headline the 2013 Alabaster CityFest, and Ed Kowalczyk, the former front man for the alternative rock group Live, will open for him.

Turner will headline the event, and is scheduled to take the festival’s main stage at 9 p.m. Since releasing his debut album “Long Black Train,” Turner has earned numerous CMA, ACM and Grammy nominations.

Turner has sold more than 5 million albums and has garnered four No. 1 hits such as “Your Man,” “Would You Go With Me,” and “Why Don’t We Just Dance.” His song “All Over Me” also reached the top spot on the charts, making him one of only seven country artists to have two No. 1 hits in 2010.

The title sponsor for this year’s CityFest is Regions Bank.

““We could not do this without Regions Bank, Ernest McCarty and all of our wonderful sponsors,” said Alabaster Arts Council President Adam Moseley, noting sponsors help to ensure the event is free to the public every year. “Their support is invaluable and they step up every year to make this a community event.”

The 2012 CityFest drew a record crowd of about 70,000, and event organizers are looking to top the crowd during the festival’s 11th anniversary this year.