The University of Alabama family is mourning the loss of long-time athletic director Mal Moore after his passing on March 30. 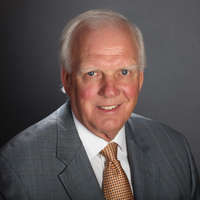 Moore – age 73 – passed away in Durham, N.C. He played four seasons at quarterback for the Crimson Tide and had two coaching stints at Alabama – including the 1968 season, during which Conrad Fowler was a senior lineman.

“He was a wonderful man and a fine coach,” Fowler said about Moore. “We are going to miss him.”

Alabama won eight national titles under Moore’s leadership as athletic director, and he is largely credited for the hire of current head football coach Nick Saban.

“He certainly provided a great deal as an athletic director,” Fowler said. “He was a genuine person. I think he will be remembered by many in so many different ways. He was faithful to everyone as an individual.”

FROM STAFF REPORTS The Hope Christian Eagles held a 4-run lead heading into the bottom of the seventh, but Covenant... read more