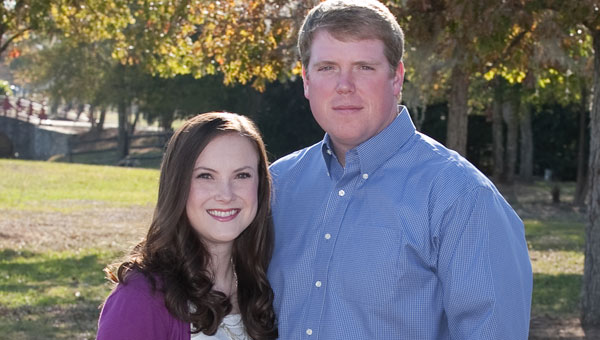 Mr. and Mrs. Charles Edwin Watkins of Wetumpka are pleased to announce the engagement of their daughter, Ashley Jane Watkins, to Jeremy Michael Ward, son of Mr. and Mrs. William Edward (Skip) Ward of Jemison.

The bride-elect is the granddaughter of Mr. and Mrs. I.C. (Nealy) Barrett Sr. of Wetumpka, Mr. and Mrs. George Sutherland of Prattville and the late Mr. Charles Watkins.

Ashley is a 2002 graduate of Wetumpka High School. She is also a 2010 graduate of the Auburn University School of Veterinary Medicine with a doctorate in veterinary medicine. While at Auburn, Ashley was a member of Alpha Gamma Delta sorority and served as an Ag Ambassador for the School of Agriculture. Dr. Watkins is currently a small animal veterinarian and works for the Montevallo Animal Hospital.

The prospective groom is the grandson of Mrs. Bobbie Lavona Wilkins of Thorsby, the late Mr. James Webster Woodley Jr. and the late Mr. and Mrs. John Ed Ward.

The couple will be married at four o’clock in the afternoon on April 13, 2013, in the First Baptist Church of Wetumpka.