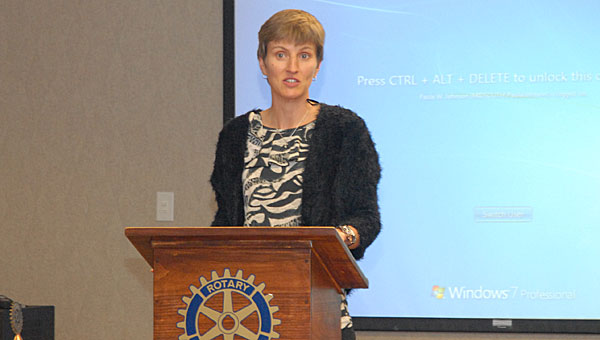 Valley Elementary School physical education teacher Ginger Aaron has been named a top-16 finalist for the state Teacher of the Year award. (File)

A longtime physical education teacher at Pelham’s Valley Elementary School was named as one of the “Sweet 16” finalists for the Alabama Department of Education’s Teacher of the Year award.

“The educators nominated for this prestigious award nurture the character, intellect and

talent of Alabama’s students,” said State Superintendent of Education Dr. Tommy Bice. “They exemplify teaching at its best and we are proud to have them teaching in our state.”

The Sweet 16 list soon will be narrowed down to the top four candidates, and the state Teacher of the Year will be revealed at a May 8 ceremony at the RSA Plaza Terrace in Montgomery.

An elementary and secondary teacher was nominated from each of the eight Alabama State Board of Education districts in March, according to the State Department of Education. Members of the Alabama State Board of Education, local boards of education, local superintendents and representatives, the current district Teachers of the Year and representatives from higher education served as committee members in selecting the 16 finalists.

Aaron said she was inspired to teach because she had “really great” teachers when she was in school, and said her father helped instill in her a hard work ethic.

Aaron said she originally wanted to be a math or history teacher, but decided to pursue a physical education career after attending an informational meeting while attending the University of Montevallo. She said she planned to teach high school-aged students until she interned at VES.

Pelham responds to lawsuit against city

By NEAL WAGNER / City Editor The city of Pelham denied all allegations brought in a lawsuit filed against the... read more