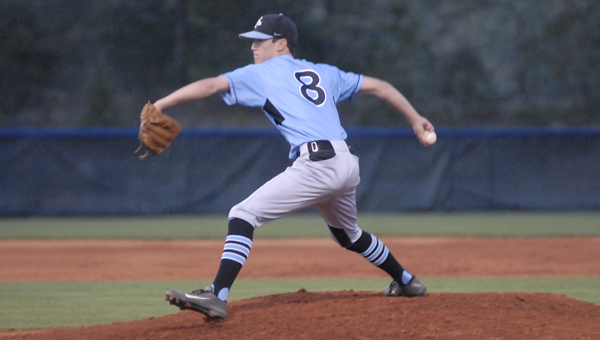 CHELSEA – The Spain Park Jaguars needed a win April 10 to ensure themselves a chance to play in the postseason. With a little help from Pelham, the Jaguars clinched a playoff spot with a 12-1 victory over the Chelsea Hornets.

Spain Park and Chelsea came into the April 10 Class 6A, Area 8 finale needing a win to take the second and final playoff spot after Pelham clinched the area title on April 8. Spain Park clinched second in the area after Pelham defeated Oak Mountain 9-6.

The Jaguars (19-15, 3-3) took an early lead when Josh Close scored on a wild pitch with the bases loaded for a 1-0 Spain Park advantage.

Spain Park added three more runs in the second on just one hit for a 4-0 lead.

The Jaguars came to life after a pair of scoreless innings to score three runs in the fifth. Dalton Brown and Brandon Bilek each hit RBI singles and Peyton Walsh hit a RBI double to lead Spain Park to a 7-0 edge.

While the Jaguars were taking a sizable lead, the Chelsea Hornets (2-4 in area) were held to just one hit until the bottom of the fifth. Jacob Green led off the Chelsea half of the fifth with a home run to left field to make the score 7-1 headed into the sixth.

Spain Park added a run in the sixth, and then scored four runs led by a pair of doubles by Will McDonald and Grant Veteto to seal the 12-1 win.

Veteto led Spain Park with a 3-for-5 with two doubles and three RBIs.

Green went 1-for-2 with a home run for Chelsea.

Josh Rich pitched a complete game for Spain Park and allowed one run on three hits with seven strikeouts and a walk.