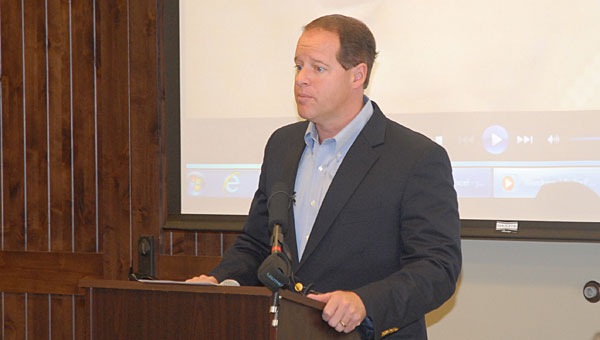 Law would lay out stiffer penalties for abuse of senior citizens

When Assistant Alabama Attorney General John Kachelman heard the details of a 2010 civil lawsuit brought against a Tallassee man who stole about $2.5 million from a 98-year-old woman facing Alzheimer’s, he knew he had to act.

“The civil lawsuit had already gone through at that point. But when I heard about it, I said ‘This is a crime,’” said Kachelman, who was a deputy district attorney in Montgomery at the time.

In the case, Tallassee resident Joe Giddens was charged with stealing millions from 98-year-old Montgomery resident Virginia Freck after Giddens had been given power of attorney over Freck’s assets.

After pleading guilty to charges of financial exploitation in 2012, Giddens was given 10 years in prison – the maximum sentence allowed for the crime under current Alabama law.

“He purchased vehicles for his girlfriends, houses, a business that he ran into the ground. It is sad,” Kachelman said of Giddens during an April 22 press conference at the Alabaster Senior Center. “Ten years is not enough for what he had done.”

If passed and signed into law, Senate Bill 29 would increase penalties for those found guilty of abusing and exploiting senior citizens, and would better define financial exploitation and other senior citizen-related crimes, Ward said.

“It’s not a Republican bill, it’s not a Democrat bill, it’s an Alabama seniors bill,” Ward said, noting the bill has already passed the Senate. “It will probably get final passage in the next week and a half.”

But with only about eight more days left in the current legislative session, Ward and the other SB 29 advocates encouraged senior citizens to call the state Senate and House of Representatives to voice support for the bill.

“There is no real opposition,” Ward said. “The real deal is that the Legislature knows its out there and people care about it.”

FROM STAFF REPORTS The Birmingham Vulcans Rugby Football Club has opened registration for players interested in playing rugby in the... read more