Eleventh Avenue getting a new look 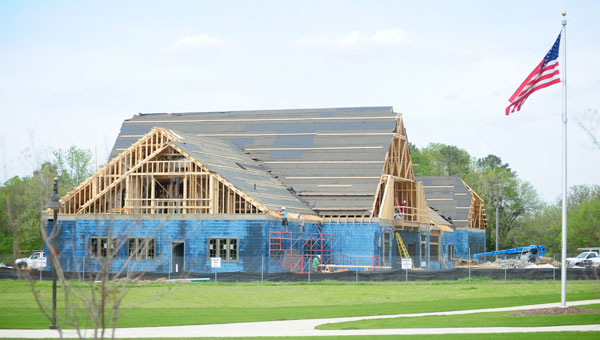 Construction crews will upgrade 11th Avenue leading to the new Alabaster City Hall building and Senior Center over the next few months. (File)

Eleventh Avenue leading from Alabama 119 to the new Alabaster City Hall building and Senior Center will get a much-upgraded look over the next few months.

On April 24, Alabaster began advertising for companies interested in bidding on a project to renovate the stretch of road, which will serve as the main entrance to the new City Hall and Senior Center once the City Hall building is completed this summer.

Alabaster City Manager George Henry said the city will open bids on the project on May 8, and the City Council likely will award the bid by its May 20 meeting.

Once completed, the 11th Avenue project will include repaving the road, installing 6-foot-wide sidewalks from Alabama 119 to the City Hall, installing decorative lighting and keeping as many of the road’s existing trees intact as possible.

Henry said the road improvements are scheduled to be completed before the new City Hall opens in late July or early August.

“This was something that the mayor and council wanted to be completed in conjunction with admin building project to provide further enhancement to the area,” Henry wrote in an email.

During its April 15 meeting, the City Council also agreed to spend $3,000 to authorize the EDG architectural firm – which also provided architectural services for the 11th Avenue project – to ensure the new City Hall grounds are graded correctly and contain proper measures drainage.