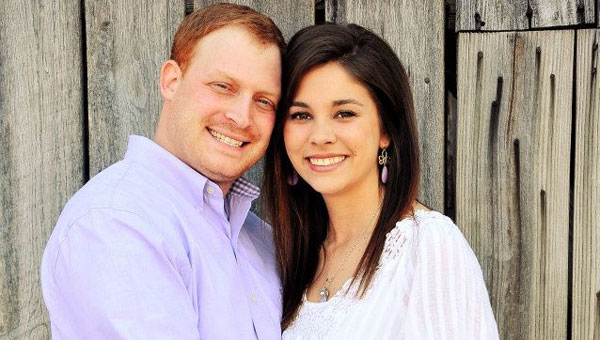 Nicole Parrish Hilyer is proud to announce the engagement of her daughter, Ashlin Hilyer, to Chris Castleberry. They will spend their wedding with friends and family on April 27, 2013, at 5 p.m. at Bentley Peach Shed in Thorsby.

Nicole is the daughter of Nicole Parrish Hilyer and the late Richard Dearl Hilyer of Thorsby. She is the granddaughter of Pauline and Earnest Parrish and of Joyce and Charles Hilyer. She is attending the University of Montevallo and pursuing a major in elementary education.

Chris is the son of Bobbie Jean Eastridge Smith and Donald Ralph Castleberry of Columbiana. He is the grandson of the late Conette Gardner and the late Bob Eastridge and of Ginger and Walter Castleberry of Birmingham. He graduated in 2000 from Shelby County High School. He graduated from the University of Montevallo with a communication studies degree. He is currently employed at Hibbett Sports as a project manager.

Madrigal-Sahadew Dan and Mary Madrigal, of Red Bud, Ill., are proud to announce the marriage of their daughter, Leah Madrigal,... read more