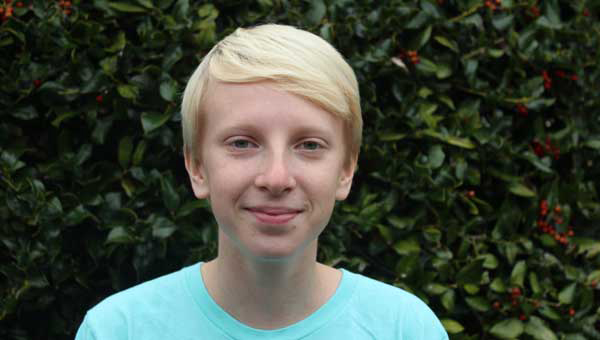 Indian Springs School junior Sarah Noone has received more than 91,000 signatures for an online petition asking state legislators to repeal a law that requires sex education instructors to teach students that homosexuality is unacceptable and illegal.

Noone started the petition on Change.org about two months ago with Homewood High School student Adam Pratt.

“I just really want people to know that laws like this really have a negative effect on LGBT kids,” said Noone, who said she identifies as queer.

The students started the petition after hearing that state Rep. Patricia Todd introduced HB 496, which would remove the language, according to an ISS press release.

Todd’s bill proposes changes to Section 16-40A-2, Code of Alabama 1975, which addresses sex education curriculum. Among other changes, the amendment seeks to strike the following text from the section: “An emphasis, in a factual manner and from a public health perspective, that homosexuality is not a lifestyle acceptable to the general public and that homosexual conduct is a criminal offense under the laws of the state.”

Noone, who is involved with Birmingham AIDS Outreach and the Birmingham Alliance of Gay, Straight and Lesbian Youth, said the petition gained popularity quickly.

She also said she has received a lot of feedback from people from Alabama and the South, and the responses have been “overwhelmingly positive.”

“That’s really something that makes me happy because those are the people we are reaching out to,” she said.

The petition states that the Supreme Court of the United States ruled in 2003 that same-sex sodomy laws are illegal. It also emphasizes the importance of making schools inclusive for all students.

“Supporting Rep. Patricia Todd’s bill isn’t about accepting gay people, it’s about making our schools a place where all students can feel safe,” Noone and Pratt wrote in the petition.

The House Education Committee will decide if the bill gets to the House of Representatives.

“(The bill) is in one of our subcommittees and we’re doing more research on it before it comes to the full committee,” said Rep. Mary Sue McClurkin, who is the House Education Committee Chair.

If the subcommittee recommends the bill, the House Education Committee would then vote on it. If it passes, it would go to the Rules Committee, which decides whether and when recommended bills are scheduled to come before the House.

However, McClurkin said there are only five days left in the session and the bill is unlikely to make it that far.

Noone was honored for her work with gay, lesbian, bisexual, transgender and queer youth April 27 at the Birmingham Civil Rights Institute. She was one of four local student activists honored during the symposium, “Lessons of the Birmingham Movement: Youth Activism and the Struggle for Human Rights.”

Visit Change.org/Alabamateens to view the petition.

Clinic for those in need looking to expand