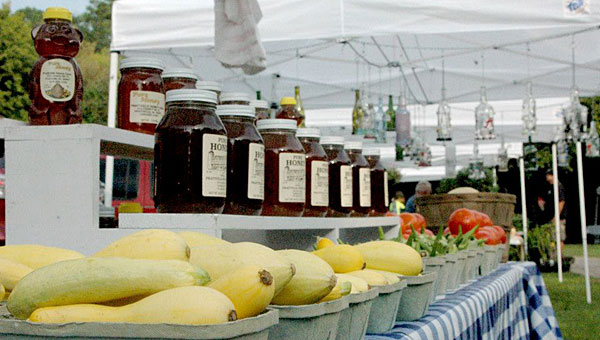 The Helena Market Days farmers’ market will begin on June 1 at the Helena amphitheater. (Contributed)

The organizers of the Helena Market Days farmers’ market don’t compromise when it comes to the items sold at the market.

“We are different from a lot of farmers’ markets because we only allow farmers to sell what they grow themselves or what their friends have grown. We don’t allow anything grown out-of-state,” said Market Days organizer Mary Perko. “We feel like we do it the right way.”

The market’s dedication to freshness helped it win first place in the farmers’ market category of Shelby Living magazine’s 2012 “Best of the Best” contest.

“We won Best of the Best last year, and we are looking to have another banner year this year,” Perko said.

The Helena market is set to begin its 2013 season on Saturday, June 1 at the Helena Amphitheater, and will run through Aug. 31. The market is held each Saturday from 8 a.m.-noon, and chefs from several well-known local restaurants are scheduled to hold demonstrations at 9 a.m. each market day.

July 6 will bring chefs Nonna Tindal and Leon Timmons from Nonna’s catering, July 13 will feature Benard Tamburello from Bernie’s on Main, July 20 will bring Austin Davis from the Bright Star restaurant and July 27 will feature Chris Vizzini from Vizzini Wineries.

Aug. 3 will feature a barbecue cook-off and peaches and cream offerings, Aug. 10 will feature Robert Kamm and Gary Marx from Ross Bridge, Aug. 17 is to-be-determined and Aug. 24 will feature Clif and Maureen Holt from the Little Savannah restaurant.