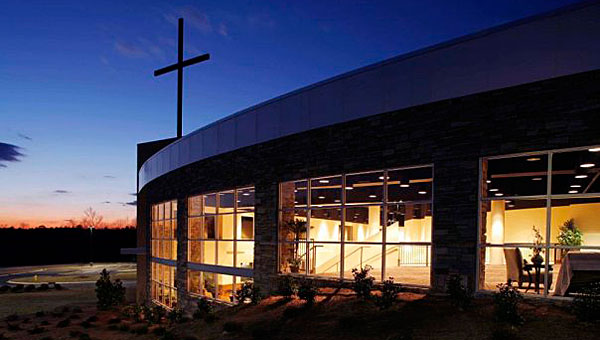 Alabaster’s Westwood Baptist Church will be ending its association with the Boy Scouts of America on July 31. (File)

Churches in Alabaster, Helena and Pelham will be ending their associations with the Boy Scouts of America over the next several months after the organization recently voted to allow openly homosexual members.

The first Baptist churches of Helena and Pelham and Alabaster’s Westwood Baptist Church will no longer host Boy Scout troops 2, 404 and 220, respectively, as a result of the decision.

Westwood Baptist will be the first to end its association with the Scouts, as its charter of Troop 220 will expire on July 31.

“We knew the Boy Scouts of America were going to vote on this in May, so we only signed a six-month charter at the beginning of this year knowing we were going to have to make a decision,” said Westwood Executive Pastor Rick Swing. “We told them at the time that for us as a church, we would not embrace that type of policy change.

“As an institution based on God’s word, the Bible speaks very clearly about that type of (homosexual) lifestyle,” Swing added.

Swing said the church may associate with another faith-based organization in the future, which would be open to current members of Troop 220. An email seeking comment from Troop 220 Scoutmaster Mitchel Gibbs was not returned.

The first Baptist churches of Helena and Pelham said they will no longer host their Boy Scout troops as of Jan. 1, 2014.

“When the BSA began to consider this change, I told them that if it was accepted we would have to sever our relationship because of the clear teaching in the Bible about homosexuality. The church must adhere to a higher calling and a greater conviction than society,” First Baptist Pelham Pastor Mike Shaw wrote in an email. “This is one of the hardest things that I have ever had to do, and I wish the BSA had listened to those of us who told them we would have to withdraw if they voted to change.”

Troop 404 Scoutmaster Gary Cambron said the troop currently has 28 active scouts, and said some of the boys will obtain their Eagle Scout badges – the highest status in scouting – by Dec. 31. Others will transfer to other troops.

Troop 2 was not chartered by Helena Baptist, and has had an outpouring from churches and organizations interested in providing the troop a new home, according to BSA Greater Alabama Council Program and Marketing Coordinator Joey Kiker.

“Troop 2 is in a unique position because it wasn’t chartered by the church. Its charter is with the Kiwanis,” Kiker said. “In fact, they had only been meeting at the church for a few months.

“We have had multiple churches say they are interested in hosting Troop 2, so that troop will definitely have a new place to meet,” Kiker said. “For the most part, the troops are going to pick up and keep on trucking and get ready for summer camp.”

“I decided last week that I would not do any more interviews,” Walker wrote in an email. “I never intended for this to be as big as it has become.”