The Pelham Police Department is asking for the public’s help in locating a pair of suspects allegedly involved in a recent vehicle break-in.

According to Pelham police, the two suspects are “wanted for questioning regarding an unlawful breaking-and-entering-a-vehicle case where the victim’s wallet was stolen.” 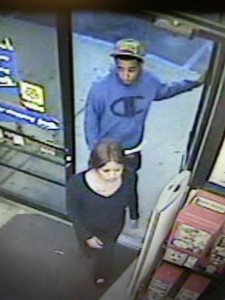 The Pelham Police Department is searching for these two individuals. (Contributed)

After the car break-in was reported, the victim’s credit card was used in Pelham and Montevallo, according to police.

Surveillance footage of the suspects depicts a male wearing a green baseball hat and a blue sweatshirt displaying a large “C” on the front. The female in the footage appears to have medium-length hair, and is wearing a black V-neck shirt and jeans.

The suspects were seen in a black, late-model Nissan Sentra.

Anyone with information regarding the suspects is encouraged to contact Pelham Police Department detective Jeremy Swenson at 620-6550. 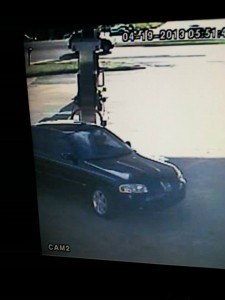 Deputies with the Shelby County Sheriff’s Office search the halls for a simulated school shooter during an active shooter training... read more