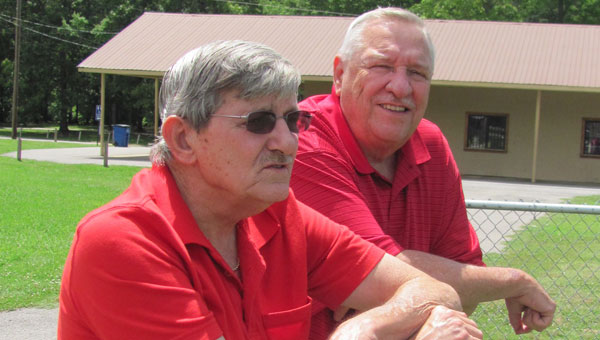 We all have examples or opinions of what “fatherhood” means – being the head of a household with all the responsibilities that entails, making time for family oriented activities and being a strong voice of reason are part of this awesome job.

Being actively involved with your children is so vital in these busy times. There are so many distractions that lead one from real conversation like the front porch or back steps kind.

Many parents say to me, “I just don’t have the spare time to teach Sunday School or chaperone a party, host a get together, or even get kids to more than one activity.”

You’ll find the time if you try.

We moved here in 1979, and our youngest son got on Wayne Bunn’s baseball team. Bunn found out that Bob had coached a peewee football team to the Mobile County Championship, so he asked Thames to sign up to coach football in the fall with Bunn as his assistant.

Here were two dads with four kids each. Baseball, cheerleading, gymnastics, band, church youth leadership, history and science fairs, Boy Scouts, dance and full time jobs were all a part of their daily lives, but the team practiced hard and set some hard-to-beat-records from 1979 to 1984.

I would be remiss to not mention the assistants, the late Mike Barefoot and the late Bill Walker (a great equipment manager and sideline motivator) who helped to ensure the success of this team for a number of years.

Busy fathers coming straight from work to give hours and hours of planning, practicing and playing.

Thames and Bunn met recently at Buck Creek Field to reminisce about funny incidents, bad calls, lucky breaks, weigh-in worries, trick plays, and as Bunn said, “Man I wish I could do it all again…some of the best times of my life.”

Weathers doing what he loves

Wayne Weathers has been involved with what is now Alabaster Tire for many years. (Contributed) By SANDRA THAMES / Community... read more