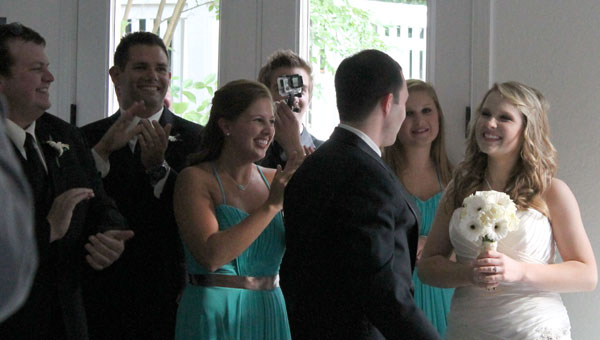 Pelham kids and their expanded circle of friends celebrate together in Pelham. (Contributed)

At my daughter’s wedding, I realized that much of the dance floor consisted of my daughter’s PHS buddies. Five of her seven bridesmaids were Pelham High School girls. Even one boy who was a college friend of the groom’s was a PHS grad.

I’ve always told my kids that family shows up—even when it’s inconvenient or exhausting. Family shows up. What I realized this past weekend is that PHS kids are family.

In Pelham, we’ve been blessed with kids who know that when one group does well, everyone wins because that success builds Pelham’s positive image. Watching these kids turned adults with careers and degrees, knowing the quality of their expanded circle of friends and witnessing the devotion of both old and new friends to one another is humbling and inspiring.

After the dancing and departure of the bride and groom, PHS kids and our family helped clean up and load cars. Wedding festivities have reminded me how richly blessed we are with family—both old and new.