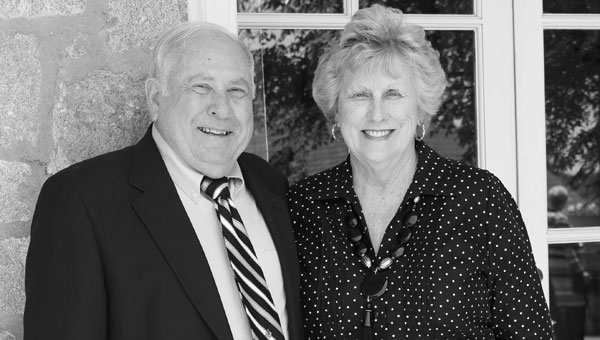 They were married in 1963 at Eleventh Avenue Methodist Church in Birmingham. Glenn was stationed at the USAF SAC base in Amarillo, Texas, when they married. After his discharge, he was employed with AT&T in West Palm Beach, Fla., where they lived for the next fifteen years. After moving back to Birmingham, Glenn retired from the phone company with thirty years service. During their time in Florida, Linda was employed with the PGA of America in its national headquarters and later in Birmingham with the YMCA. After retirement they moved to Sterrett and are members of the Union United Methodist Church.

Glenn is the son of Lora McCollum Johnston and the late Ormond Johnston originally of Eldridge. Linda is the daughter of the late Robert M. Denty Jr. and Gertrude Justice Denty of Birmingham.

This week, Shelby Humane Society would like you to meet Hershey and Molly Brown. Hershey (contributed) Hershey is a 5-month-old... read more