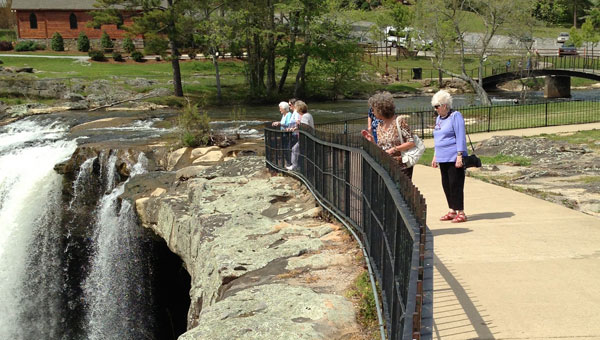 They may be no longer young in years, but they are Young at Heart. Or, so says the name of the senior citizens group at North Shelby Baptist Church. And, according to some of the activities of the Young at Heart group, they still have the stamina of the young in body and spirit.

For one of their monthly outings this spring, the group toured the covered bridges of Blount County and visited Noccalula Falls. This month they’re touring the new Regions Park in Hoover and the Southern Museum of Flight in Birmingham, said Jo Ann Hyde, who helps her husband Hollis, chairperson of this year’s seniors group, plan activities.

They meet every third Thursday, she said. Every other month they go someplace and at other times they have covered-dish dinners. Sometimes, along with dinner, they have table games. One night they had a catfish dinner and one a soup dinner with entertainment by Jerry Ryan of the well-known musical group “Three On a String.”

Another group, who calls themselves “The Lunch Bunch,” goes out to lunch together once a month, Jean Tate told me.

You can find the church on the web at NorthShelbyBaptist.org or on the church’s facebook page. Phone number is 995-9056.

Hardin, 10, can prove his fish story

Ten-year-old Tyler Hardin shows off the 8 pound, 1 ounce bass he caught in a neighbor’s lake, before he and... read more