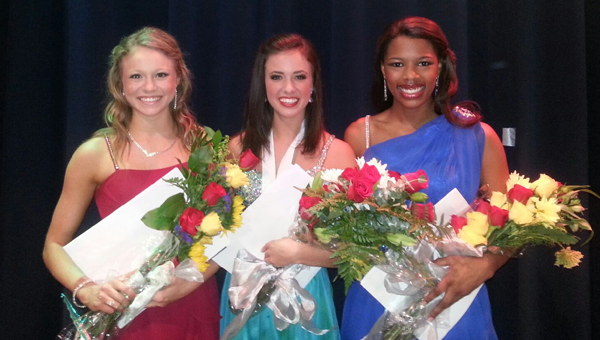 Powell won more than $5,000 dollars in cash scholarship and a full tuition, room and board scholarship to Troy State University valued at more than $40,000.

Powell is planning to attend Vanderbilt or Duke University and wants to be a physician.

The participants competed in talent, fitness and self-expression on Friday night. On Saturday night, the seven finalists competed in those categories again.

The Shelby County DYW program gave away about $18,000 in cash scholarships and about $164,000 in college-granted scholarships.