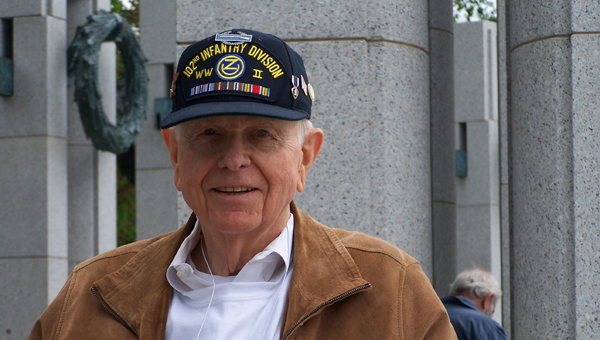 The second event of the evening, the third-annual Keep the Spirit of ’45 Alive Ceremony, will begin at 6:30 p.m. at the Alabama National Cemetery. Spirit of ’45 is a national movement dedicated to recognizing the greatest generation through ceremonies held across the country at the same time.

Pam Nichols, co-director of Honor Flight Birmingham, said she was approached by Bob Barefield, chairman of the Support Committee for the Alabama National Cemetery, to partner in keeping recognition of the greatest generation going through the Spirit of ’45 event.

Nichols had been wanting to organize a reunion for Honor Flight Birmingham, which made its last flight bringing World War II veterans to Washington D.C. in 2012, so she and Barefield decided to host the events together.

“Time is running out (for us to host a reunion),” said Nichols, who served about 1,000 veterans through 15 flights held over a five-year span. “Our program served veterans all across central Alabama. Geography may prevent some of them from coming, but we’re hoping to have at least 100 attend.”

For both ceremonies, Nichols said they are depending on guardians and family members to let veterans know about them. Any and all promotions for the events have been done electronically so far, and Nichols said they don’t plan on making phone calls because many veterans are in their late 80s and early 90s, and program coordinators are often unsure of their health statuses.

All World War II veterans, whether they went on an honor flight or not, are invited to attend the events.

For more information, contact Pam Nichols at honorflightbham@aol.com or Bob Barefield at barefieldr@bellsouth.net.

Ward named Statesman of the Year